Atrani same is in itself a small Nativity positioned as is "The landlocked river gorge of the Dragon on the rocky walls climb up the houses separated from the riverbed. But the charm of this picturesque town is mainly the compact beauty of the urban fabric, in the tangle of streets and overpasses, the contrast of light and shadow, the whiteness of the plaster broken only by the color of the gardens and the gardens of which has never lost the tradition ".

As every year the community of Atrani and the Brothers of the Congregation have brought up 'construction of the beautiful Nativity kept in the Church of the Carmine . It is definitely one of the most characteristic of our cribs Coast ; One example of local production in papier mache pastors of large and small . Various characters , masterpieces for features and construction techniques, date back to the early 800 and are the work of the artist Vincent atranese Amodio who, for the realization of the various figures, He was inspired by the locals immortalizing them in the crib as a shepherds who come to the cave of Bethlehem to adore the Child Jesus. The figures have a particular structure in that the skeleton is made from a wooden board and the arms from an iron wire which allows to assume various movements. The whole is then covered with canvas and wrapped in paper mache, while the head ,hands and, sometimes, the feet are of clay. What characterizes this Nativity, making it somewhat unique, It is that it is closely linked to the history of this village through some unusual characters and anecdotes and legends of their hand down the memory. ABeyond the artistic value, It is a bridge with the past that tells us of characters actually lived, taken from everyday life of the country ". In fact, it is given that each figurine is linked to a nickname, in the dialect of Atrani, highlights, and good-natured ridicule, defects and weaknesses, it is very likely that every single figure reproduces the features of a real person. In a Amodio Vincenzo wanted to represent the arrogant and haughty notary Filippo Gambardella in the shoes of a bagpiper. 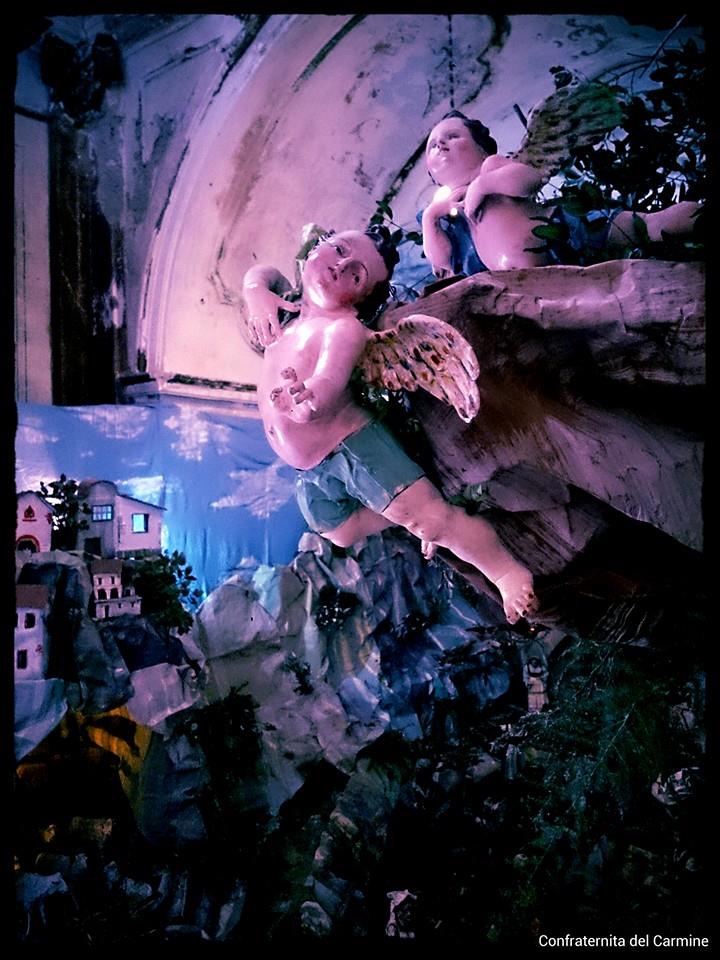 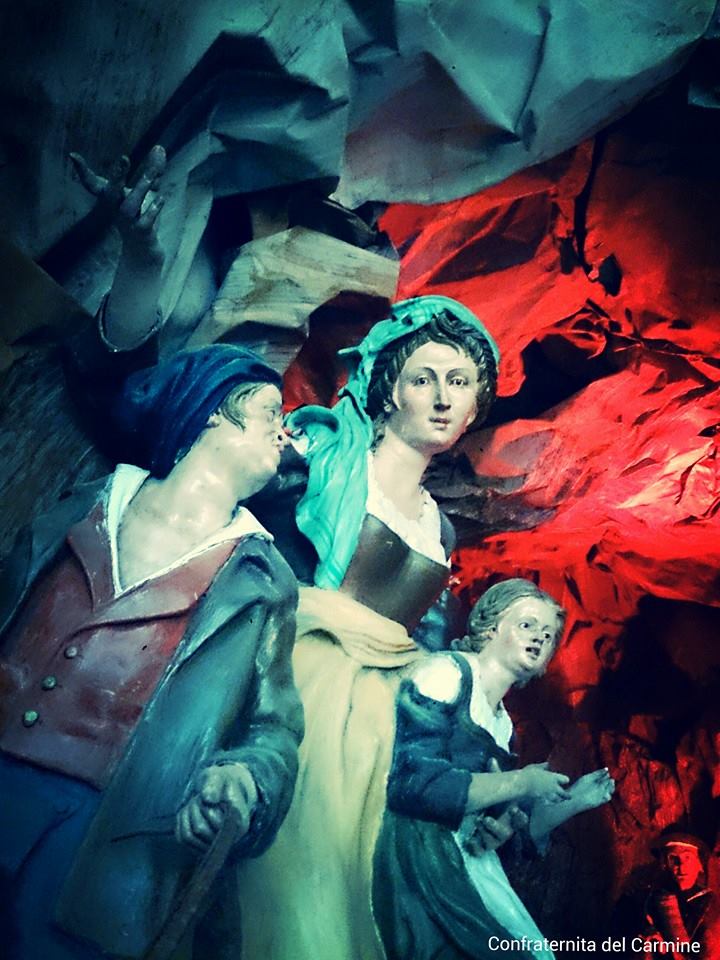 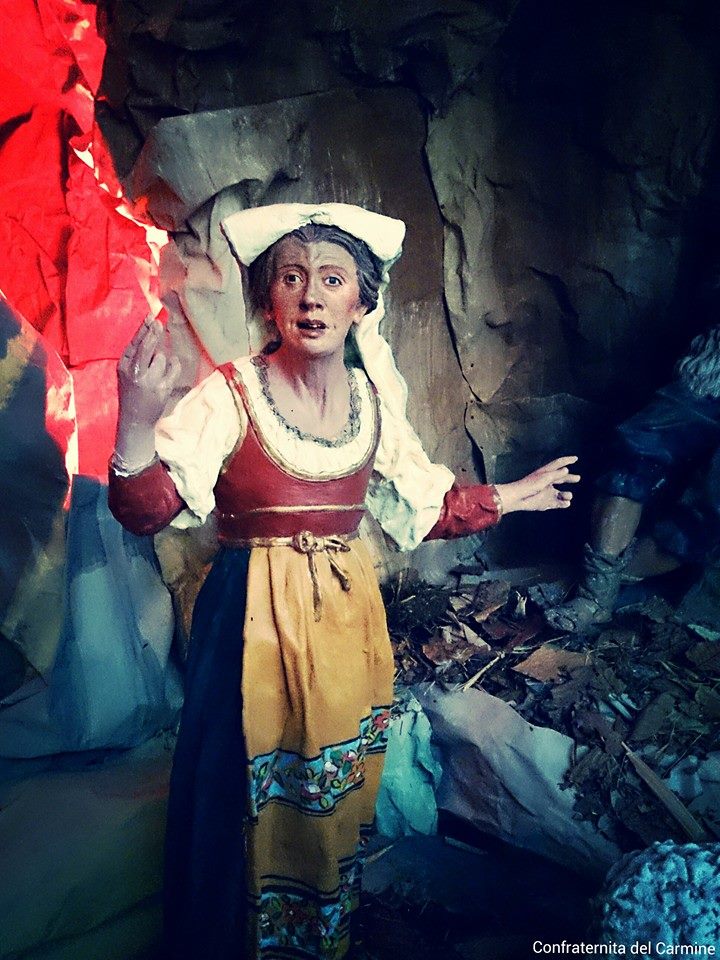 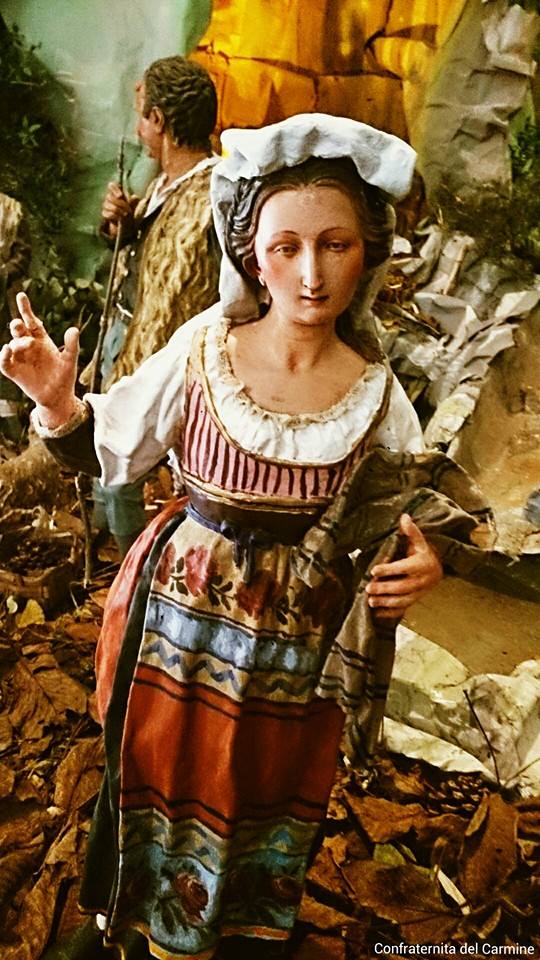 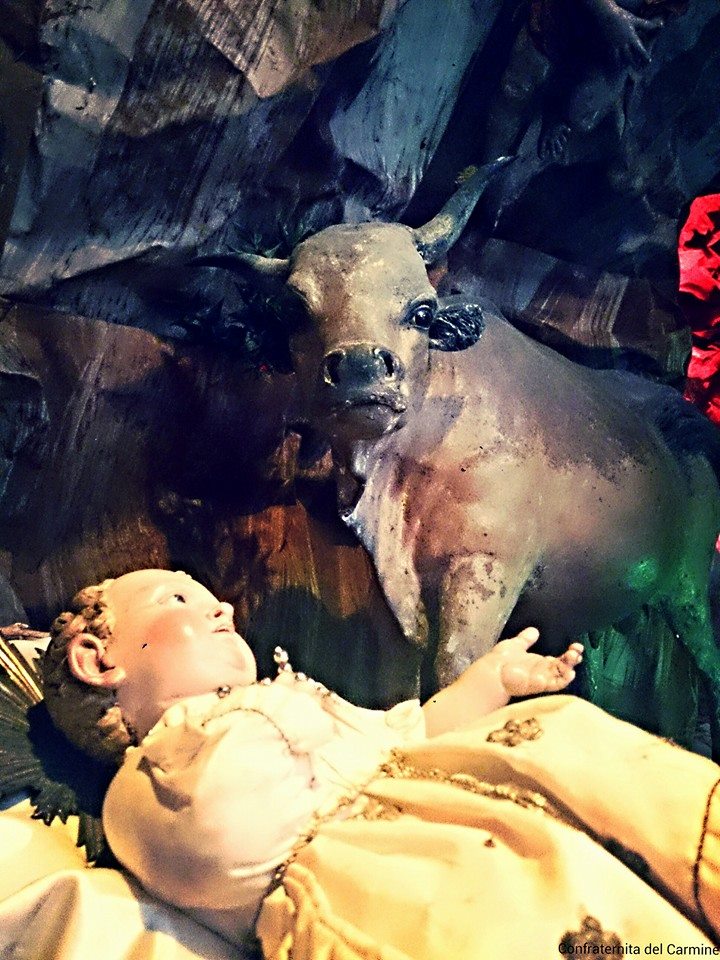 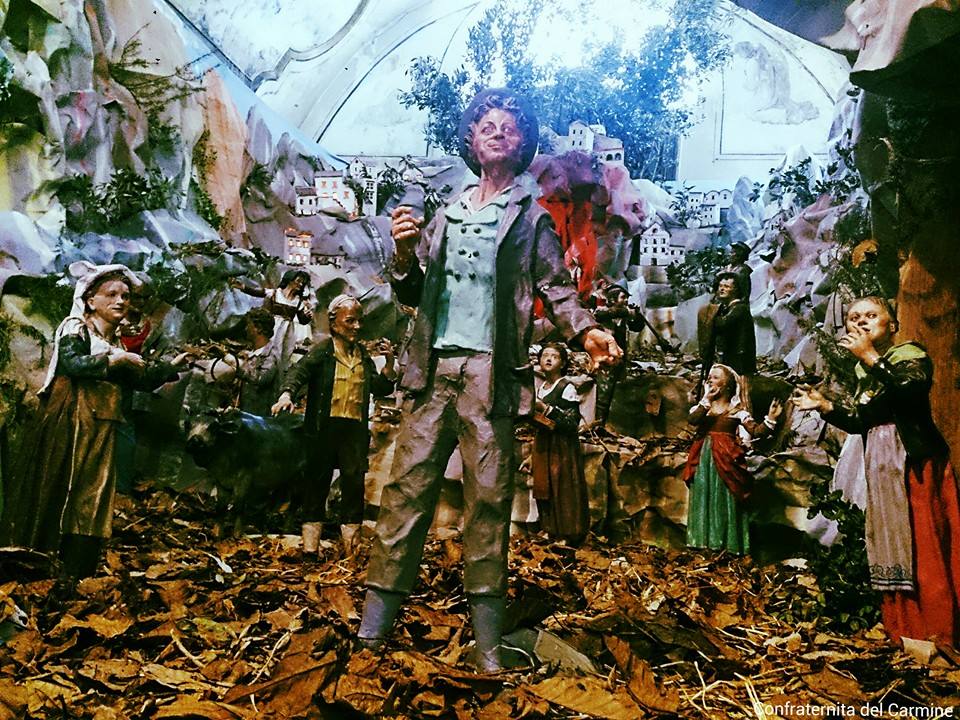 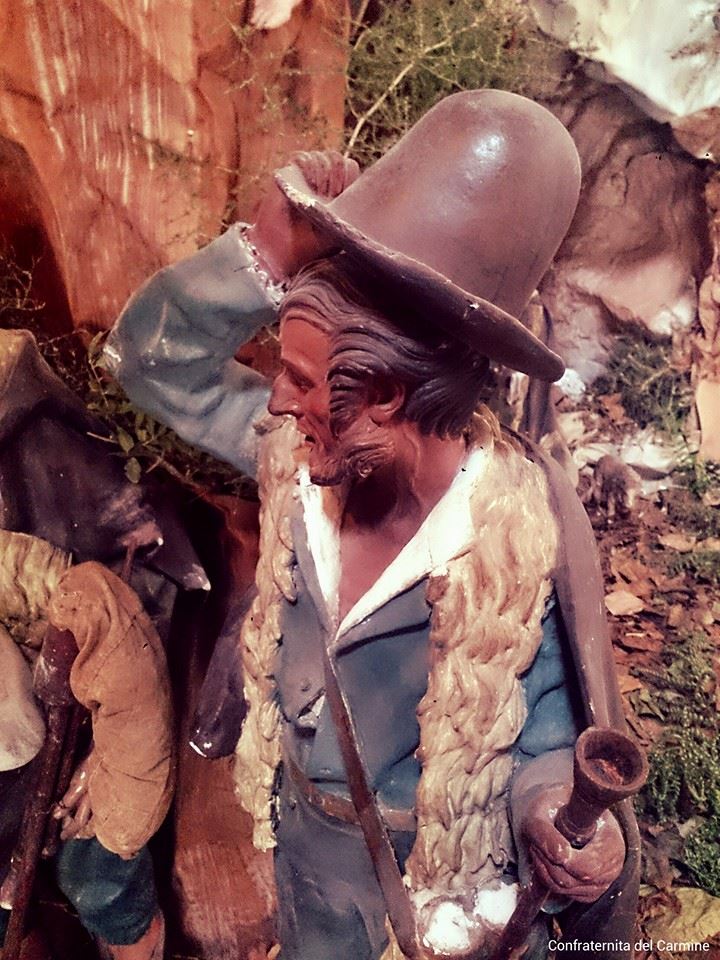 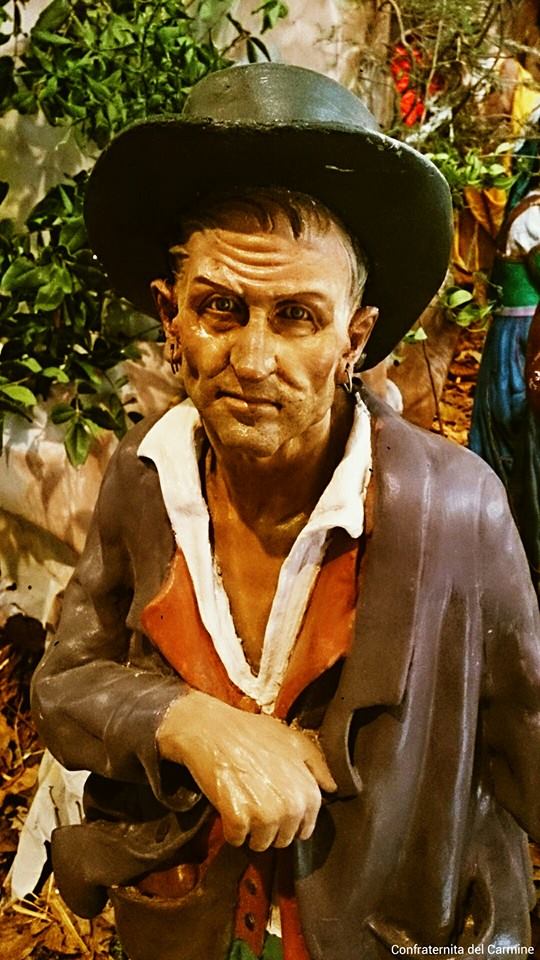 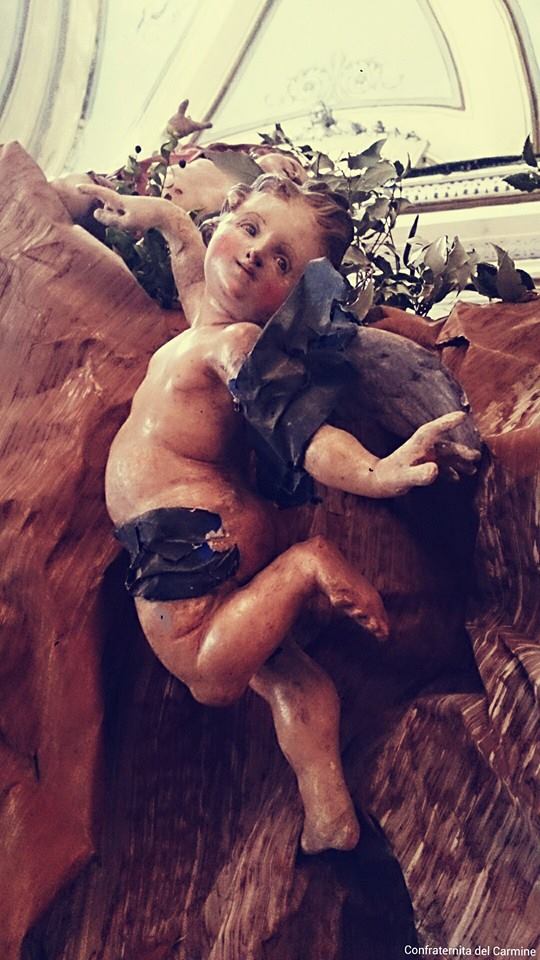 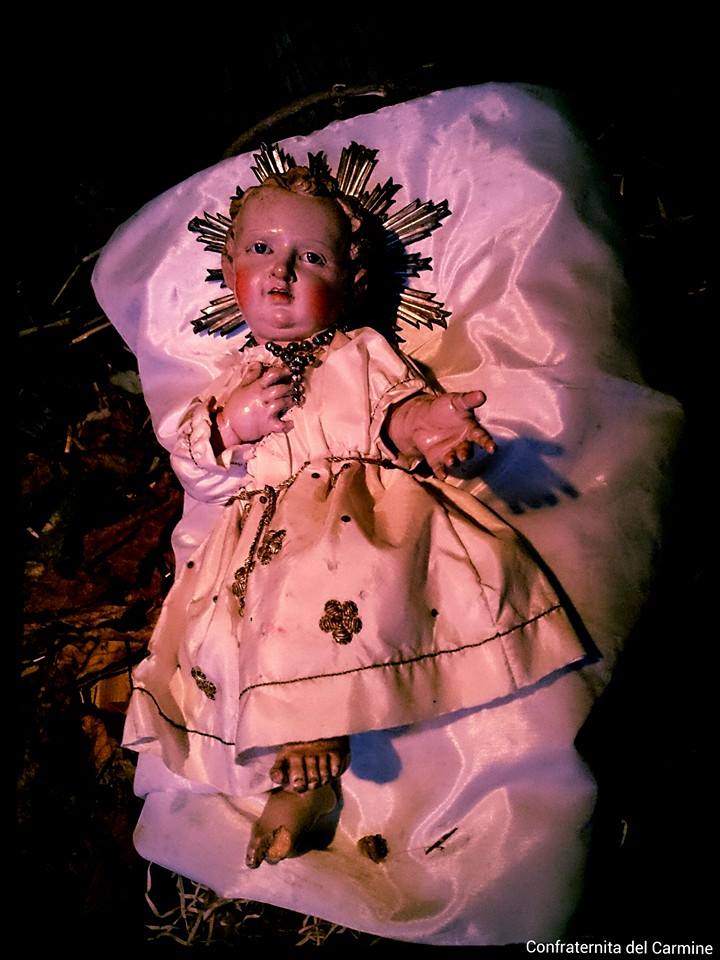 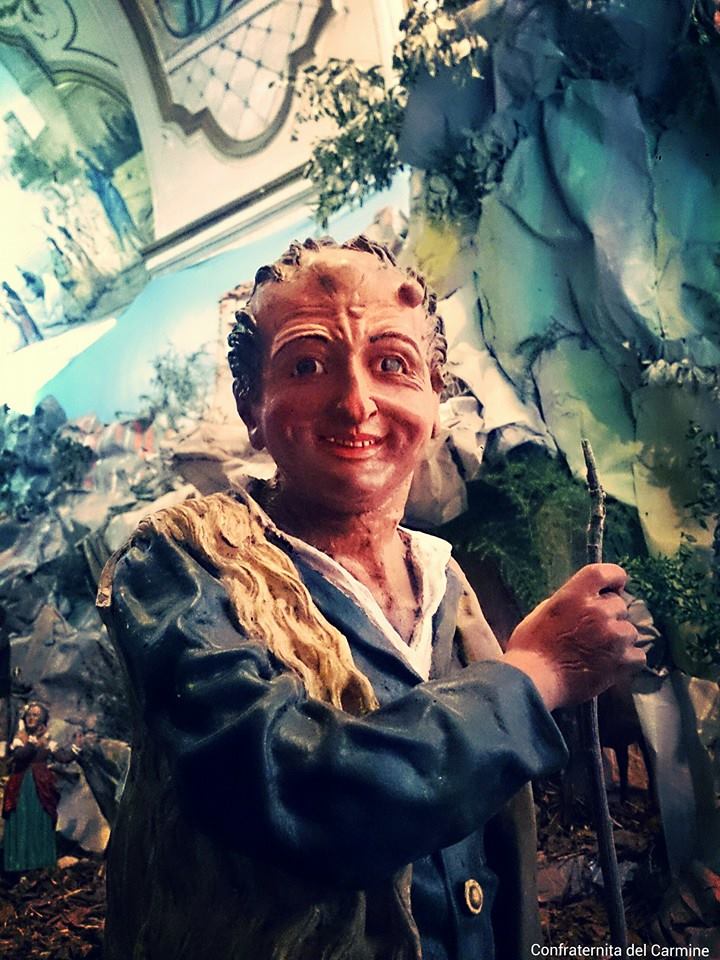 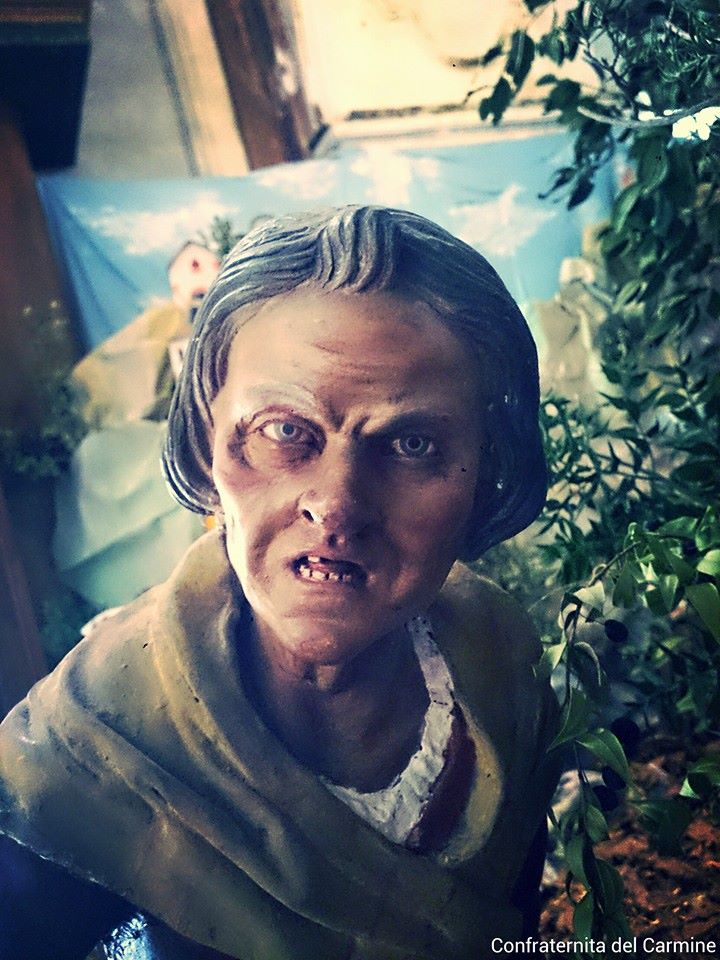 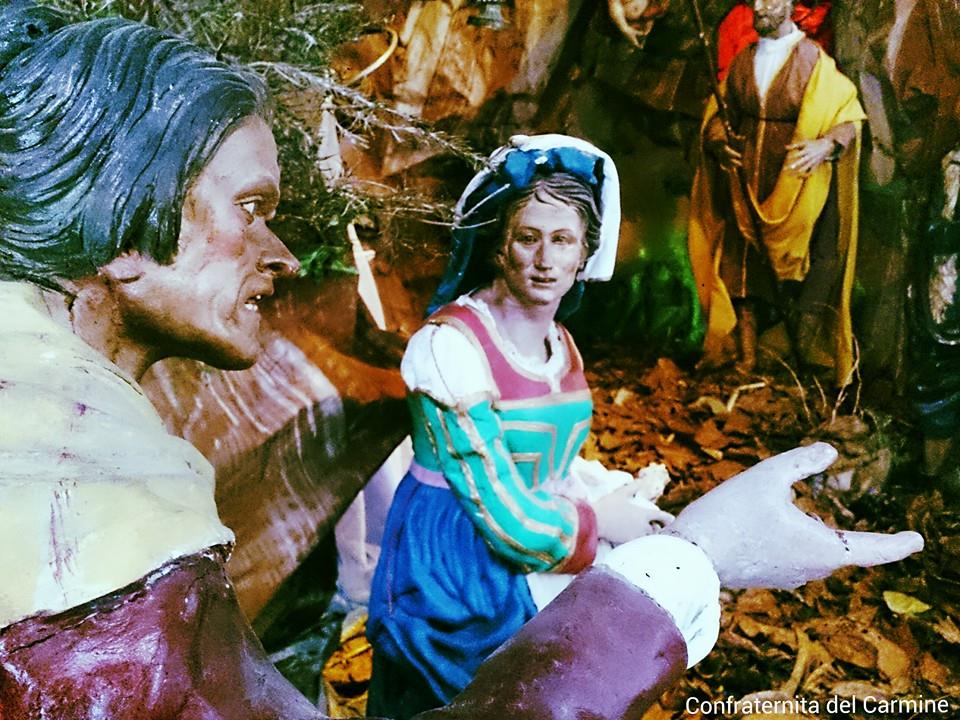 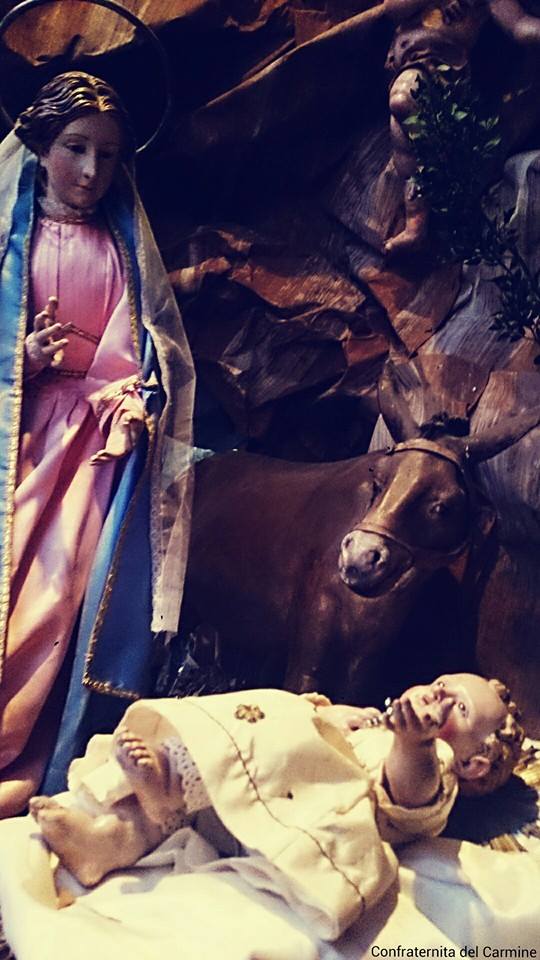 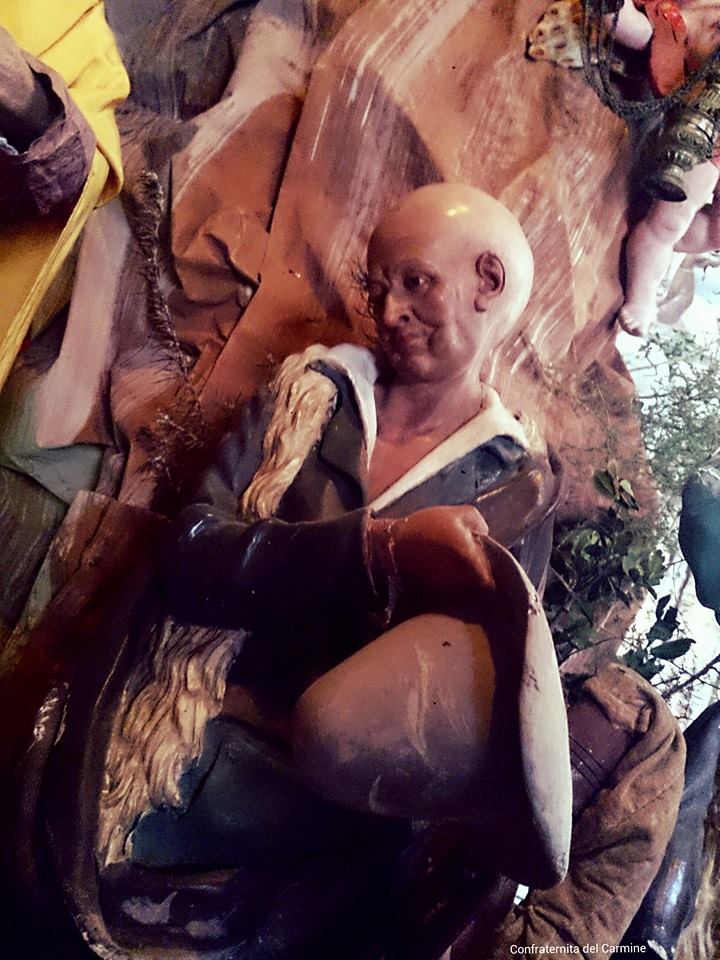 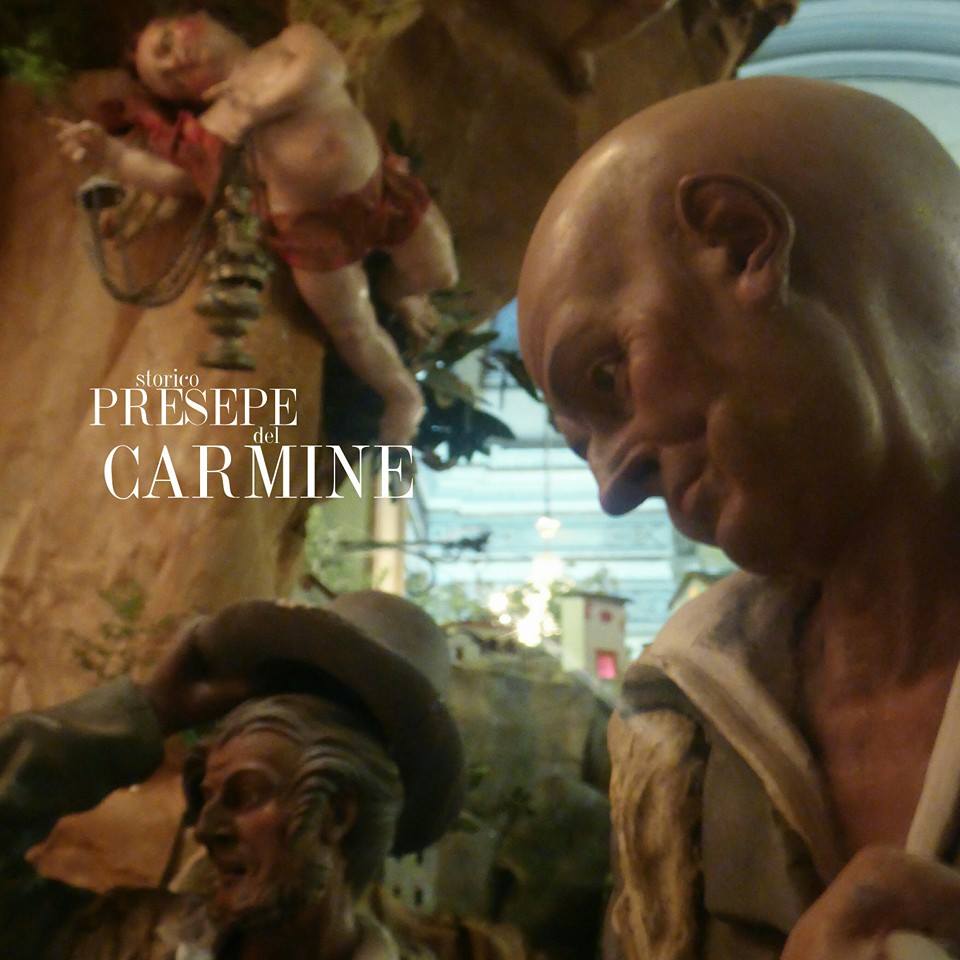 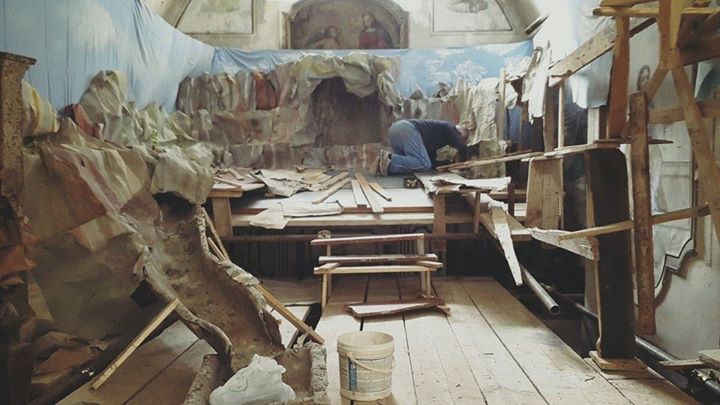 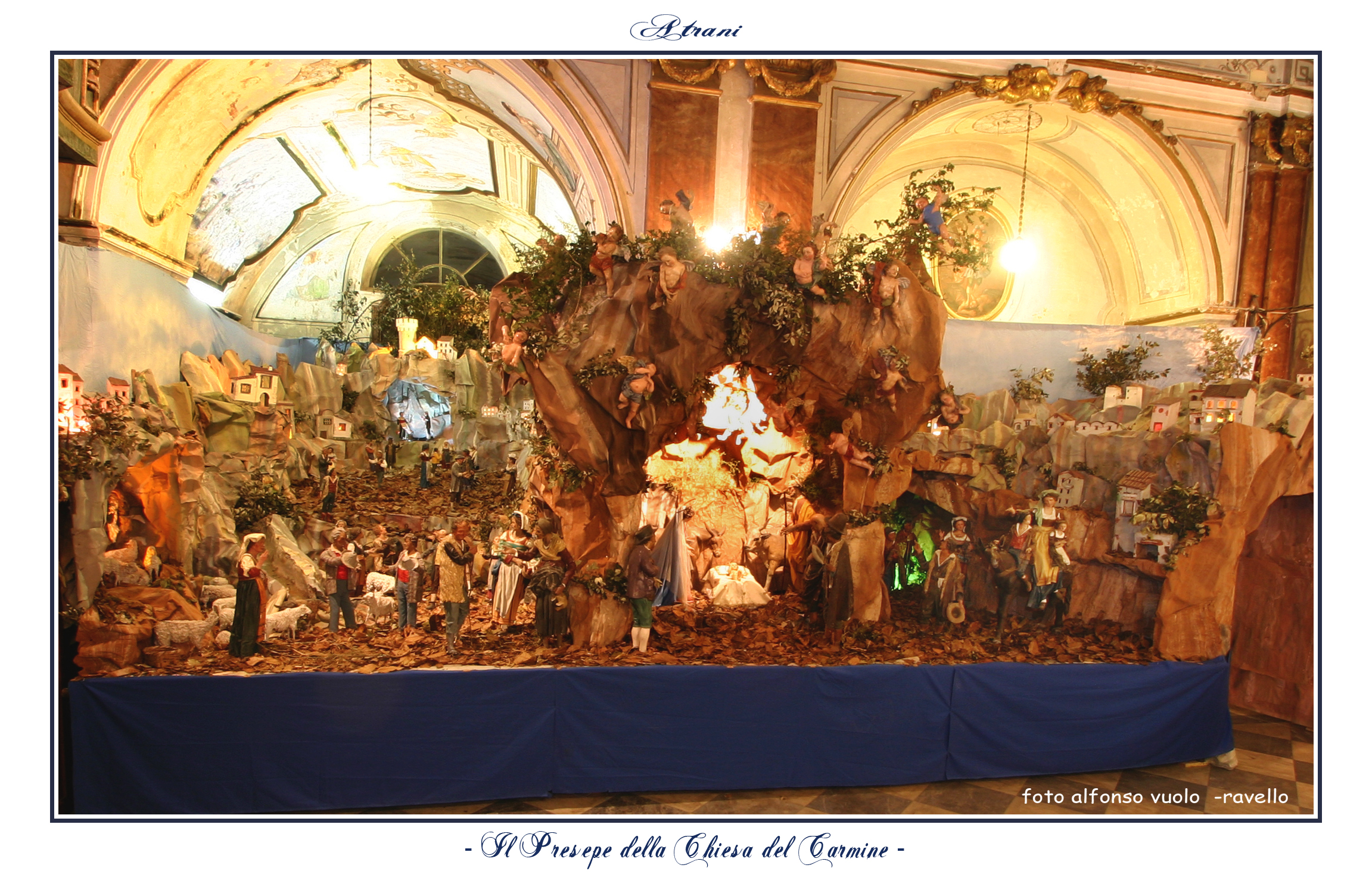 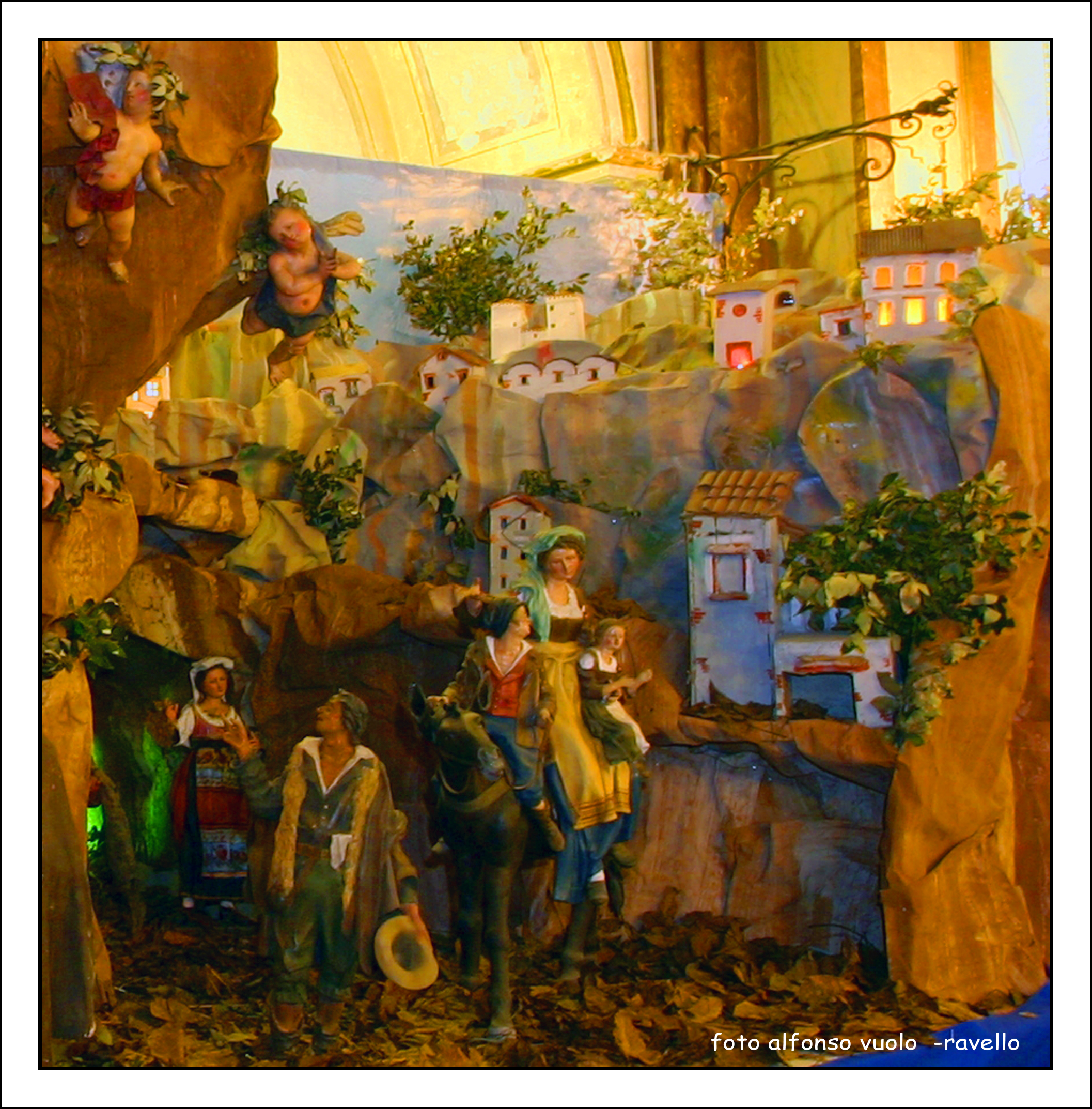 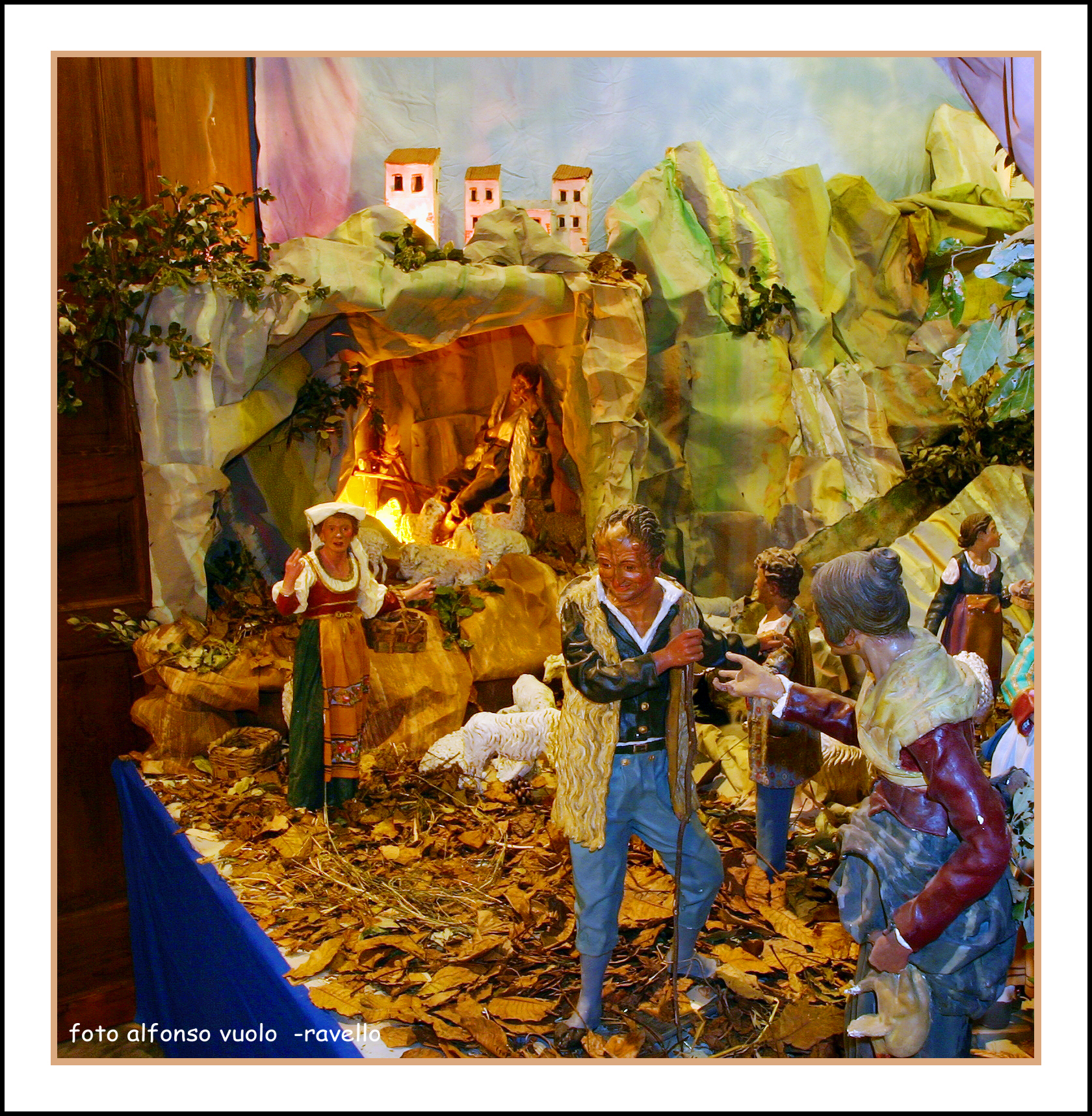 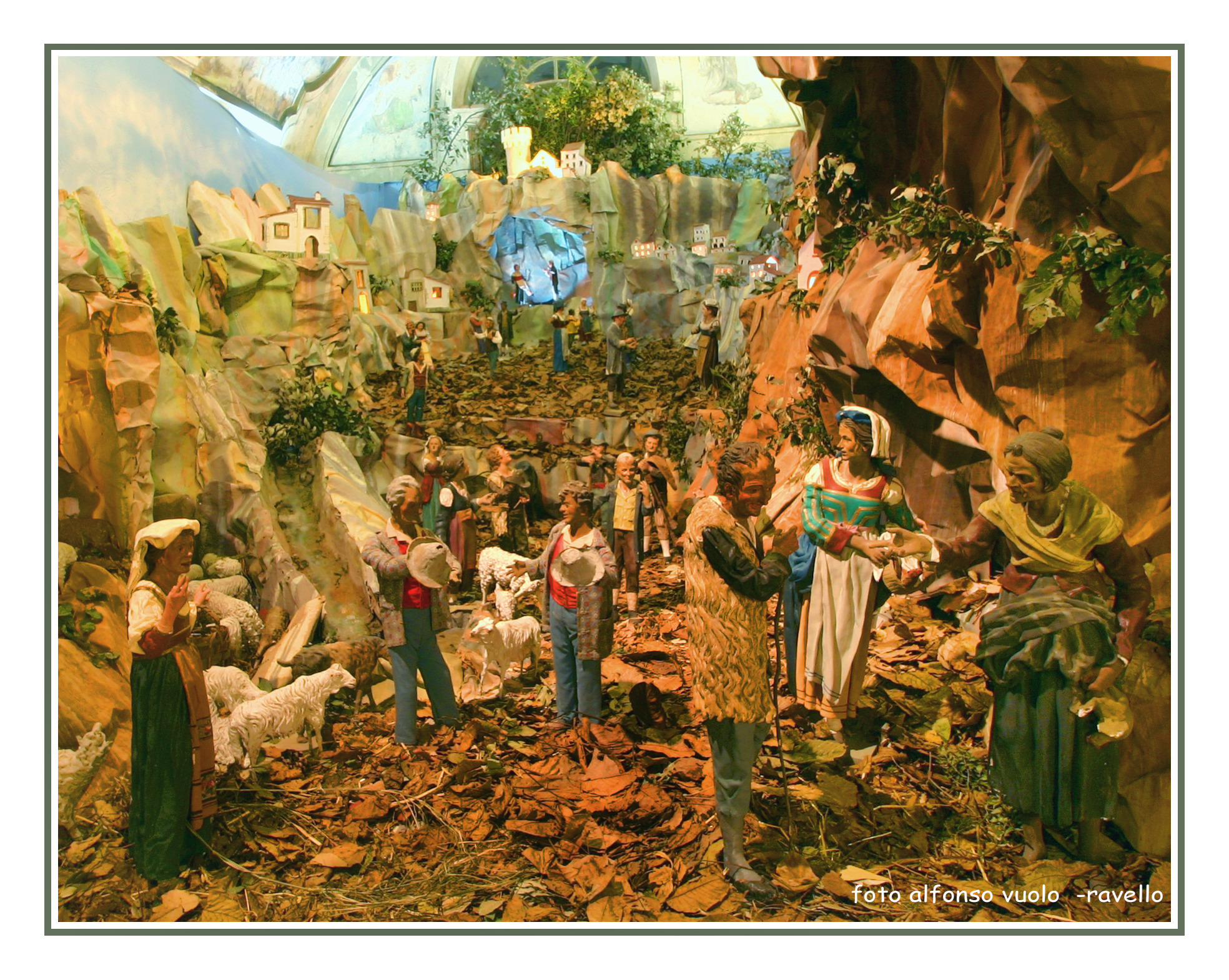 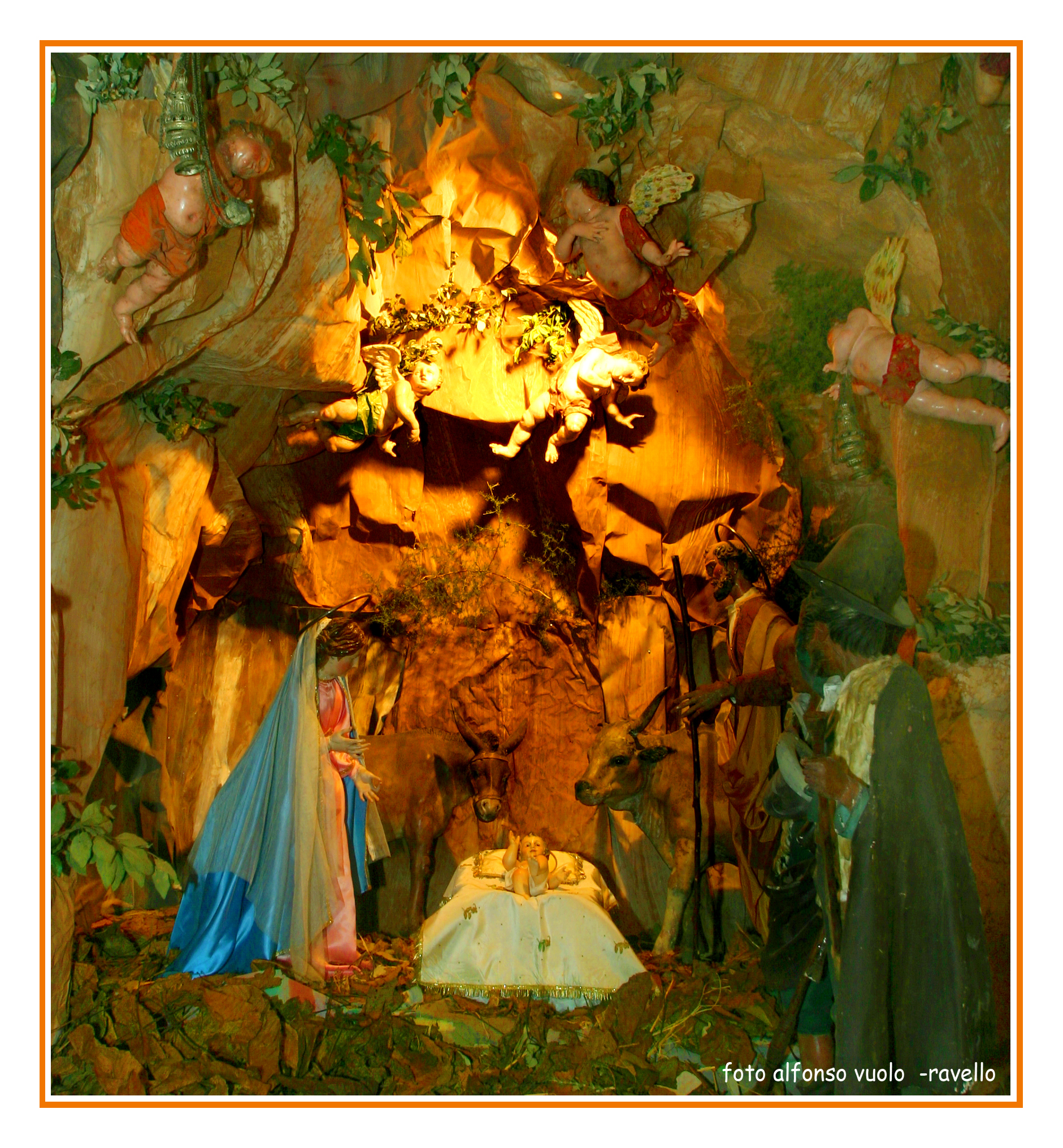